History made in Oldtown for St Brendan's Camogie (September 26th 2021) 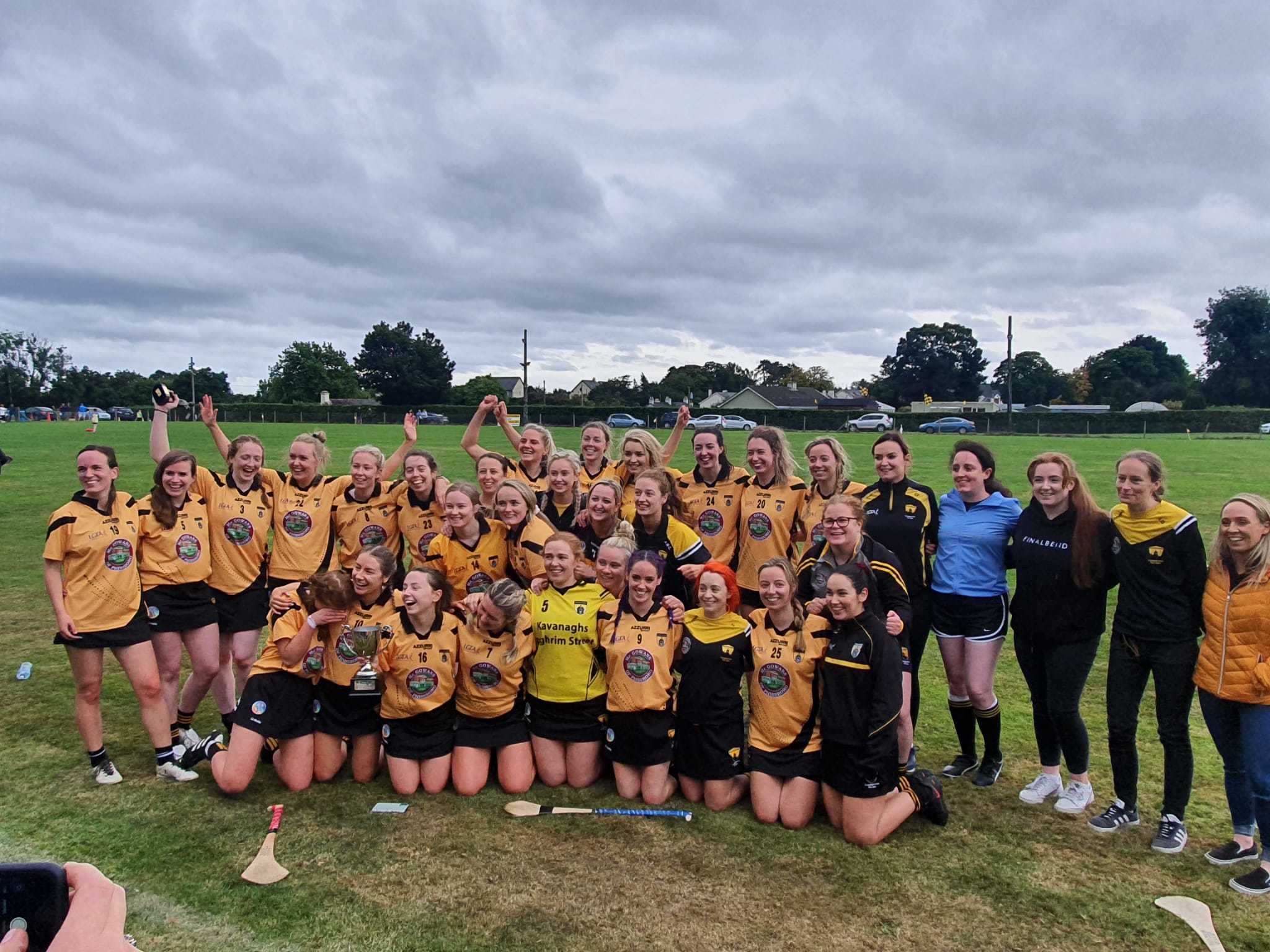 After three Championship Games, The St Brendan's Camogie team, sponsored by Ryans Of Camden Street were 60 minutes away from the impossible dream of bringing a County Championship to Grangegorman, in the teams first year of existance.

Standing in the way are Wild Geese from Oldtown, who are familar foes to St Brendan's having had tremendous tussles during the period 2009 to 2011 with the big ball, but since then the interest in Football at Wild Geese sort off died off and now the club as reinvented iteslf as a Hurling and Camogie only club.

Wild Geese defeated St Brendan's 3-7 to 0-2 in the group stages but in a County Final, Anything can happen.

Catherine Twomey made 2 point blank saves but it was a case of 3rd time lucky for The Geese who hit their second goal to make it 2:3 4:3

Another Great save by WG keeper.

Wide by Sinead Reilly after a great passage of play

Catherine Twomey was the busier of the two goalkeepeer with Another great save and then had two more puckouts following 2 wides in a row for the Geese, however, Twomey could not stop the corner forward breaching her goal for the third time with a goal to make it 3:3 to 5:4

More great defending from brendans half back line of Ailbhe Flynn, Clodagh Quinlan and Sarah O'Connor. With time almost up, Ciara Howard had the slioter at her feet and gave a great ground stroke for the sixth goal of the game and seal victory for The Female Dark Force.

The Vice Captain Leigh Casey had more to celebrate by winning the Player of The MAtch Award and an offical from the Dublin Camogie Board presented the Cup to Team Captain Kate Redden.

After on field celebrations it was off to Ryans of Camden Street where the drink continued to flow until the enforced Covid closing time of 11.30pm, but that did not dampened the spirits of a fine set of players who made history by bringing the first ever County Camogie Championship to Grangegorman.