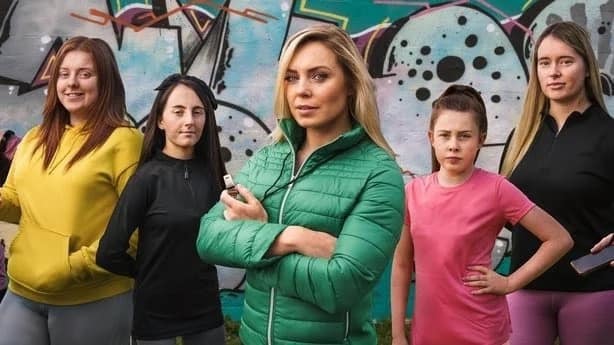 The second part follows on July 22.

To investigate the drop-out rate among teenage girls, Geary visited Ringsend College on the outskirts of Dublin's city centre, where only a handful of the female students play sports.

Geary interrogated the reasons behind the dwindling numbers of girls in sport.

Then there was social media, body image and self-consciousness... it all added an extra pressure.

The girls told themselves stories about what they couldn't do, which Geary worked to remedy.

Our mantra became 'I can and I will' and the girls adopted that. I realised that it’s about changing mindsets and that starts with the language you speak to yourself, she said.

It doesn't have to be all about elite or competitive sport, Geary realised.

A lot of girls or boys don't want to be Olympians, to reach the pinnacle of sport, and that’s completely ok! Role models don’t just have to be these stars, they can be the older girls on your team, or your parents, or your teachers, she said.

If they’re talking positively about girls and women playing sport, I think that has just as much of an impact as the Olympians and intercounty players. Because the people they see every day are ultimately the people that they’re going to soak up the vibe or the energy or the message from.

I know firsthand the benefits of sport... It’s something that I don’t think I’ll ever stop talking about or pushing the importance of, she added.

A big day in young lives

St Brendan's bow out of Intermediate Championship to Clan...

For the first time in nearly 40 years, The St Brendans Fo...

Now we have come to the knockout stages of the GoAhead Tr...

After witnessing the Mens 1st Xv reach the knockout stage...

After the disappointment of the defeat to Round Towers Cl...