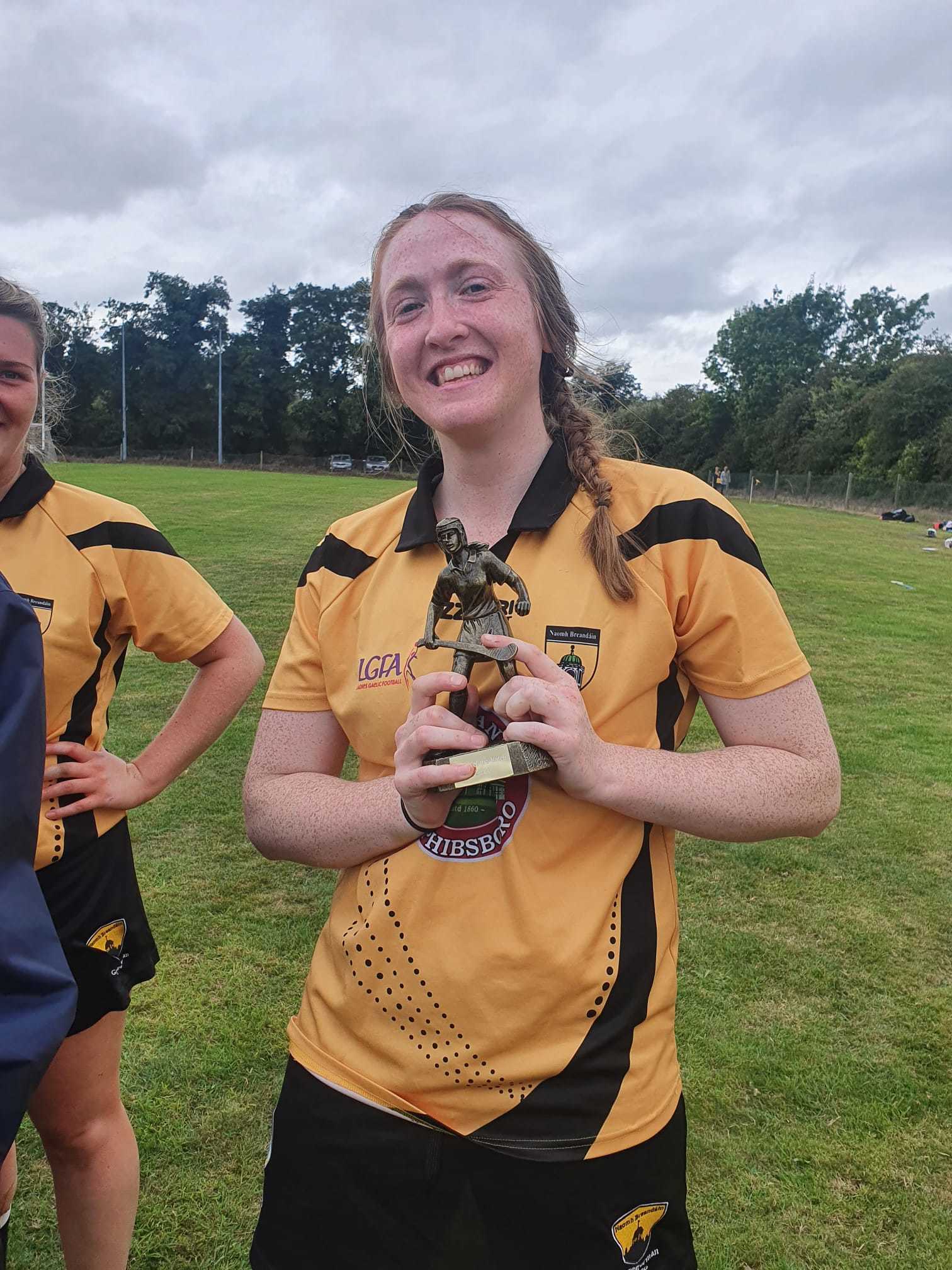 After an excellent victory for the Garda team in round 1 of the Intermediate Club Championship. The St Brendan's Mens 1st XV, sponsored by Michael Cox Furniture, faced a stern test against A Round Towers Clondalkin side who ply their trade in Division 2. In front of a good crowd on a wonderful sunny Saturday evening in Longmeadows.

three minutes into the game and The Dark Force opened the scoring with a free in from Cillian 'Return Of The Mack' Morrisson after both Derek Brady and Ger Bannon brilliantly provoked the RTC goalkeeper into overcarrying.

Urged on by the large travelling support, the away side got on the board when after a series of handpasses, got the equalising point. Indeed Towers would hit three more points when John Burns had an opportunity to put a second point on the board for St Brendan's, a free in after a foul on Fintan Culhane, but Burns went for goal and the shot went wide.

Towers notched up two more points going into the first half water break, Aran O'Dowd was clearly furious with his side as the players took in water and that fury rubbed onto the players when Derek Brady rose up to kick a 25 meter shot over the bar. 0-6 to 0-2.

Towers Division 2 experience clearly showed when after a turnover, they skimmed the end line and the shot hit the butt of the post and into the net. Despite that setback, St Brendan's had some relief on the double when firstly, a penalty was won and secondly, a Towers player was black carded. Cillian Morrisson took the penalty but the referee spotted Ger Bannon encroaching the D and the penalty was to be retaken after an initial save. Morrisson composed himself and made no mistake the second time around.

John Feeney won possession and passed a good ball to Morrisson who drew the foul and converted the free in 1-7 to 1-3. Another brace of Towers points rounded off the first half and it was the away side who led 1-9 to 1-3.

In the second half, Fintan Culhane had a shot which went low but wide. Back to the full allocation of 15 players, Round Towers Clondalkin were awarded, one would say, a rather dubious penalty which was promptly converted, despite Mr. Twitter Eoghan Clogher guessing the right way, and St Brendan's had a mountain to climb.

The referee had threatened Aran O'Dowd with an abandonment of the fixture after complaining about a reckless foul on Phil Bannon and subsequent lack of action on the referee's part. Suitably fired up, Phil Bannon won a hop ball and John Feeney played the ball to Morrisson and his third point of the evening 2-9 to 1-4.

Towers, in essence, put the issue beyond doubt with a well worked team goal which they probably learned after watching reruns of Tyrone's 2nd goal in the All Ireland Final. With scoring difference important over who will get out of the group stages, St Brendan's hit a barce of points, the first from John Burns from long distance and the second from Conor 'Jaguar' Doherty in a move involving Jason Clarke, Frankin 'Kepa' O'Reilly and a final pass from Liam 'Oisin Mullin' Atkinson.

And it was Atkinson who gave St Brendan's the perfect tonic going into the Second Half Swig of the Magic Bottle with a goal after Colm Harte won the Towers kick out and played the ball to Atkinson and hit a low powerful shot that was too hot to handle for the Towers Full Back to block.

However, it was Towers who consumed a lot of Magic in their bottles and produced a fourth goal. James McGee, on as a substitute, could not pick up the ball after a long pass from Ger Bannon, however he kicked the ball of a Towers player over the end line for a 45, which John Burns promptly converted.

Another long ball from Morrisson this time found another substitute, Luke 'The Miracle Worker' McDonagh and, after being frustrated during the evening, took out all is frustrations onto a shot which yielded St Brendan's third goal of the evening, could that goal be crucial as far as scoring difference is concerned.

Despite the goal, it was still a disappointing evening but a lot was learned from the game against opposition whose Division 2 experience showed in the end. Aran O'Dowd was determined that his side reach that standard set by Towers, going to the third group game of the Intermediate Club Championship, away to St Patrick's Palmerstown in two weeks time.